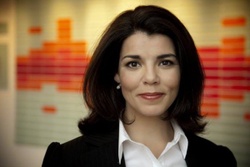 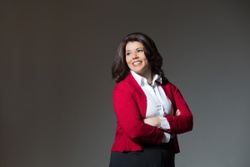 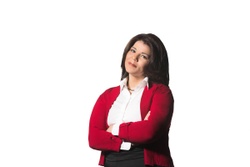 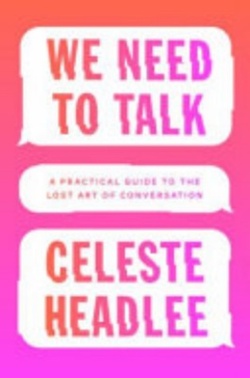 Celeste Headlee is an award-winning journalist, who’s appeared on NPR, PBS World, PRI, CNN, BBC and other international networks. She hosts a daily talk show called “On Second Thought” for Georgia Public Broadcasting in Atlanta. She was formerly a host at National Public Radio, anchoring shows like Tell Me More, Talk of the Nation, All Things Considered and Weekend Edition. Until September of 2012, Celeste was the co-host of the national morning news show, The Takeaway from PRI and WNYC. Celeste Headlee has been a journalist for public radio since 1999.

In 2014, she narrated the documentary “Packard: The Last Shift” for the Detroit Free Press. Headlee has won numerous awards for reporting from the Associated Press and SPJ. She was selected twice to be a Getty/Annenberg Journalism Fellow and was selected as a fellow with the Institute for Journalism and Natural Resources. She was also among the first fellows in Reporting on Native Stories for National Native News. For many years, she was a mentor and managing editor for NPR’s Next Generation Radio Project, training young reporters and editors in broadcasting.

She appears on the CD “Classically Blue” from gospel artist Lea Gilmore. She has given performances for the National Gallery of Art, the Butler Center for Arkansas Studies in Little Rock, Arkansas, the Distinguished Artist Series at the Church of the Red Rocks, Colorado College, the Detroit Institute of Arts, Yavapai College, Wagner College and Wayne State University, among many other locations. She has also performed with the Michigan Opera Theatre, the Sedona Repertory Company, the Harlequin Players, the Sedona Arts Center, the Great Lakes Lyric Opera, and many other professional companies.

Miss Headlee has always been vocal in her support of her grandfather, William Grant Still. She has been performing his music in concerts and recitals for more than 15 years in several different states and has given many lectures on his music for high schools and universities. She was also the editor of the second edition of the book, William Grant Still and the Fusion of Cultures in American Music for which she compiled the first complete thematic catalog of Still’s works. She also sang William Grant Still’s “Levee Land” on the CD “Music of Afro-American Composers,” produced by the Northern Arizona University Wind Symphony.