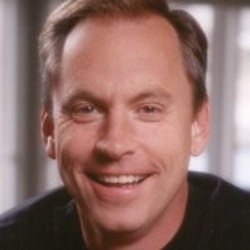 In 1994, Bob started his own consulting company, The Retail Doctor, with a mission to provide training and inspiration to small and medium sized independent businesses to teach them how to successfully compete in today’s retail environment. As a member of the National Speaker’s Association (NSA), Phibbs regularly addresses business organizations, corporations, and business conferences. Bob’s aggressive, comprehensive ideas and best practices has proved successful in helping firms of all types and sizes.   Bob’s passion and enthusiasm are hallmarks of his presentation skills. He has consulted for, and given presentations, to some of the country’s best-known retail brands, including Yamaha, Caswell-Massey, Viking, Brother, LEGO and True Value. One of Phibbs’ most publicized successes was his association with an independent coffee house where sales had slipped for years after Starbucks opened ten blocks away. When a second Starbucks opened just seventy-five feet from the store, the Retail Doctor® arrived to overhaul the operation. Sales rose a dramatic 50 percent over that record year and an additional 40 percent the following year. From that success, Bob Bob drank up the next big trend helping It’s A Grind Coffee, a startup, first as COO and then as CMO. Along the way, they grew to over 125 franchised locations nationwide, created a lot of buzz as the featured coffeehouse on ShowTime’s Weeds and helped make it the second-fastest growing company in Los Angeles County two years running. He has also been a partner in growing the Hunter Douglas elite Gallery dealers program across the US.

A frequent guest on MSNBC’s Your Business, he and his work have been featured in Entrepreneur magazine, the Wall Street Journal and the New York Times. In addition, Phibbs provides business makeovers for the Los Angeles Times.