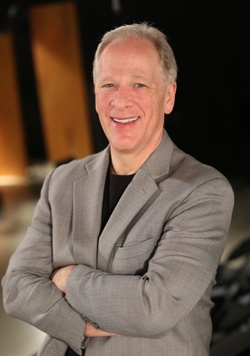 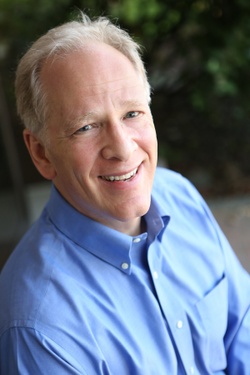 Bill Stainton, CSP, CPAE is a 29-time Emmy Award winner and a Hall of Fame keynote speaker. As the Executive Producer of Seattle’s legendary comedy TV show Almost Live!, he led his innovative team to over 100 Emmy Awards of their own, and ten straight years of #1 ratings. Along the way, he worked with—and learned from—people like Jerry Seinfeld, Ellen DeGeneres, and Bill Nye the Science Guy.

Bill is the author of The Executive Producer, Lead Like the Beatles, and The Innovation Blueprint, has been cited in Forbes and The Wall Street Journal, and has been a regular columnist for Seattle Business magazine. He’s written hundreds of articles on the topics of Innovation and Creativity, Leadership, and Producing Under Pressure, in addition to authoring nine corporate training programs on subjects like Customer Service, Office Politics, and Employee Engagement. He has also written for HBO, Comedy Central, and The Tonight Show. His first book, The 5 Best Decisions the
Beatles Ever Made, has been used in the business courses of several colleges and universities. Bill has also taught Leadership at the University of Washington’s Foster School of Business and Elizabethtown College in Pennsylvania, and Comedy Writing at the University of Michigan.

Professionally, Bill is a CSP (Certified Speaking Professional), the speaking industry’s highest earned international measure of excellence. Fewer than 5% of professional speakers worldwide have achieved this designation. And in 2019, Bill was inducted into the Speaker Hall of Fame, joining fewer than 190 speakers in the world in this exclusive club.

All of this from a guy who grew up behind a dairy farm in the Amish countryside of Lancaster, Pennsylvania. A strange start, perhaps, for someone who then spent 20 years in television, rubbing shoulders with celebrities and rock stars (he’s played drums with members of Nirvana, Pearl Jam, and the Who). But it all comes together on stage, where Bill brings his unique life experience to every customized program.

Bill is passionate about innovation and creative thinking. He has helped thousands of people in hundreds of organizations—like Microsoft, Boeing, and Nike—generate breakthrough ideas by tapping into their own natural creativity and innovation.
On a personal note, Bill is also a pilot and a musician, although rarely at the same time.