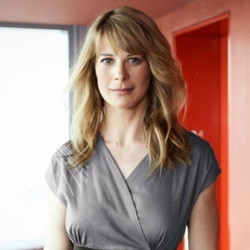 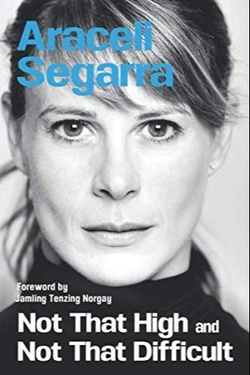 Araceli Segara is a climber, model, photographer, television and radio host, a children's book illustrator, a mountaineer and star of the IMAX film Everest. She climbed this mountain after helping on rescue of the worse tragedy that happen on this mountain in 1996. She is probably best known as the first Spanish woman to stand on the summit of Everest, and for the numerous climbing expeditions she has organised. In the spring of 2009 Araceli will be going back to Everest with the IMAX team to film a new documentary called Return to Everest."Spain's most famous mountaineer"

In detail Araceli began her prestigious career as one of the world's leading female climbers at the tender age of twenty years, when she successfully climbed Mount Kenya, the highest peak on the African continent. Just one year later she organised and played a leading role in her first major expedition to the Himalaya. But her real breakthrough came in 1996 when as part of the Catalan Everest North Face Expedition Team Araceli stood on top of the world.

What she offers you The multi-faceted, charming and charismatic Araceli is in great demand as a speaker at leading conferences around the globe. She talks in depth about her climbing experiences and inspires audiences with her fantastic stories.

How she presents Both an experienced media personality and conference presenter Araceli's presentations are highly enjoyable and backed up with dramatic and awe-inspiring images from her expeditions.

Languages: She presents in English, Spanish and Catalan.